There are certain breeds of dogs that most of us tend to instantly think of whenever we consider bringing hom a new pet. And one of the first breeds that comes to mind instantly is German Shepherd. These regal looking dogs are one of the most popular breeds in the USA.So if you are considering bringing home a German Shepherd pup, good for you. However, we strongly believe that before you choose any breed, you need to know in details about them. This helps you become better pet parents. Mentioned below are a few things you should know about German Shepherds.

Given the name of the breed, we don’t think there is much left to talk about its origin. Nevertheless, German Shepherds are from, well, you guessed it right; Germany!! They were first mentioned in the late 1800s. A German cavalry officer, Captain Max von Stephanitz was incredibly fond of these dogs and would promote this breed to everyone he came across. Ever since then, German Shepherds have gained immense popularity all across the globe.

German Shepherds grow to be complete adults by the time they are one year old. These are big dogs are weigh a lot. Male German Shepherds weigh anything between 65 to 90 pounds and females weigh 50 to 70 pounds. They measure 22 to 26 inches tall from the shoulder.

If you are considering bringing home a German Shepherd, it is vital that you know that it one of the most intelligent dog breed out there. German Shepherds are scary smart and will probably know more about their guardian and their routine in no time. They also understand human language far more easily than any other breed out there.

German shepherd have a wild ancestory and have since forever used as working dogs. They are also quite large in size. When you mix the fact that they look intimidating and are supposed to protect the people they care about, training them thoroughly becomes very important. The best thing however is that German Shepherds are eager to please their guardians which is why the love the training process and are willing to learn new things. Reward based training tactics work best with German Shepherds. Once you are done training them, you will be astonished by how disciplined they are.

Again, German Shepherds are working dogs. They love having a job to do and despise being bored in a place. These dogs are high on energy. So if you think a small walk around the block is enough to tire your German Shepherd, think again. This is why it is recommended by experts that you should bring home a German Shepherd only if you have enough space in your home and backyard. This way the dog gets to keep itself entertained with things such as toys and digging activities. However, there is one behavioral trait of German Shepherds that takes everyone by surprise. They often act all cuddly and playful at home but are very aloof in public. Lets just say they are kind of shy!

German Shepherds are known as amazing guard dogs. They often tend to get a bit territorial. They are also aggressive at times. So be careful if you are expecting an unknown guest. However, a bit of training will help you in this regard. But know that the guard dog instinct kicks in them as they age. So don’t expect your German Shepherd puppy to act like the perfect guard dog.

As German Shepherds get older, the fur on their body gets thicker. They shed heavily two times a year. During fall and spring. And then there is minor shedding all year round. You will need to brush your dog’s coat every couple of days. Bathing and nail clipping are a must too.

The average life expectancy of a German Shepherd is 7 to 10 years.

German Shepherds are the perfect choice if you are looking for a family dog. They love swimming and running, they love playing around with their toys and in the backyard, and they are also extremely friendly and caring with their humans. However, when you bring home a German Shepherd, make sure you shower it with plenty attention and cuddles. 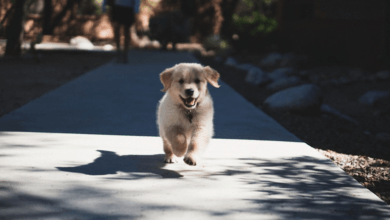 How Life Can be Changed When You Adopt A Dog? 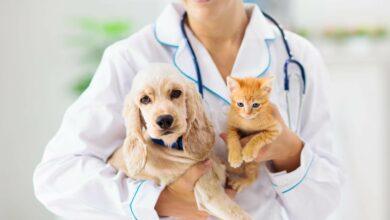 Frequently Asked Questions your Vet may ask you when your animal is for a visit.